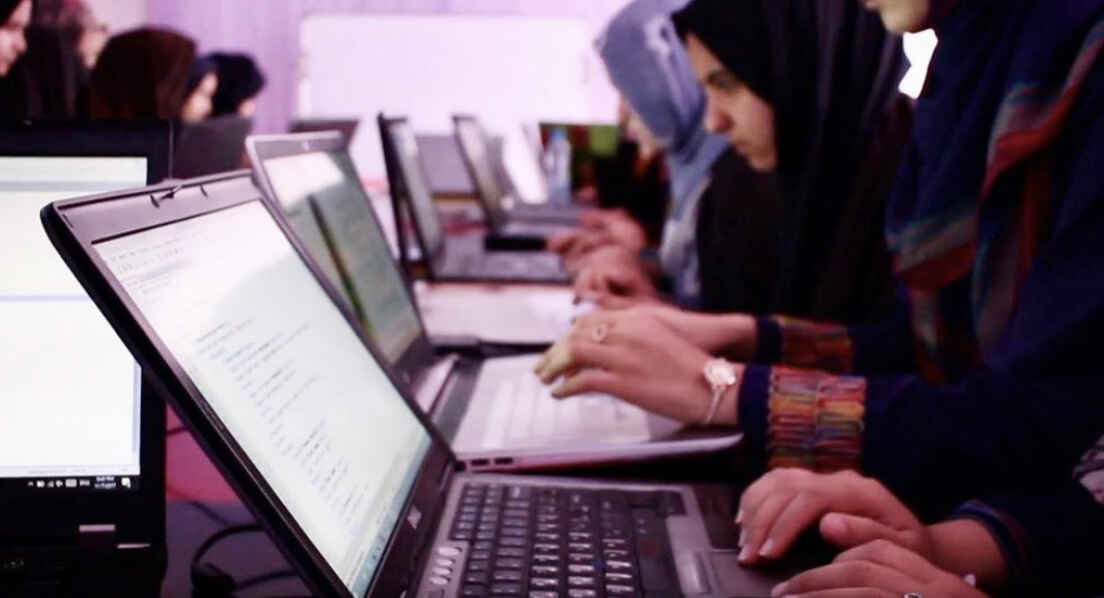 Empower Women and Girls in Afghanistan to Achieve Economic Independence through Technical Skills.

"I hope no woman feels imprisoned and deprived of her rights. My great wish for all women is education, development, security and liberty."

Inspiration behind the mission:

Born as an Afghan refugee in Iran, Fereshteh Forough, Founder and Executive Director of Code to Inspire (CTI), experienced first hand what it is like to be systematically deprived of a right to an education, simply because of her gender. Nonetheless, she persevered, and, ultimately, moved to Herat, Afghanistan, a year after the Taliban regime collapsed in 2002, where she received a Computer Science degree, followed by a scholarship to pursue her MS in Computer Science at the Technical University of Berlin. Fereshteh returned to Afghanistan and taught as a professor in the Computer Science faculty, where she lectured for nearly three years. Facing backlash and threats as a female instructor, including verbal and sexual harassment, for challenging the status quo around women’s education, Fereshteh was inspired to change the narrative for the women of Afghanistan by establishing Code to Inspire (CTI) in 2015 as the first computer coding school for girls and women in Afghanistan aimed at inspiring and empowering Afghan girls and women to reach for their own social mobility and self-reliance through coding, among many other skills. Further, CTI will help students find jobs to achieve economic independence.

What is our solution?

Code to Inspire addresses poverty, cultural and patriarchal barriers, freedom of movement and economic challenges that women in Afghanistan face by providing computer coding education in a safe environment for women aged 18-25.

Through coding and other complementary skills, such as graphic design, CTI enables students to begin a path towards financial independence and help narrow the economic and educational gender gap in Afghanistan. 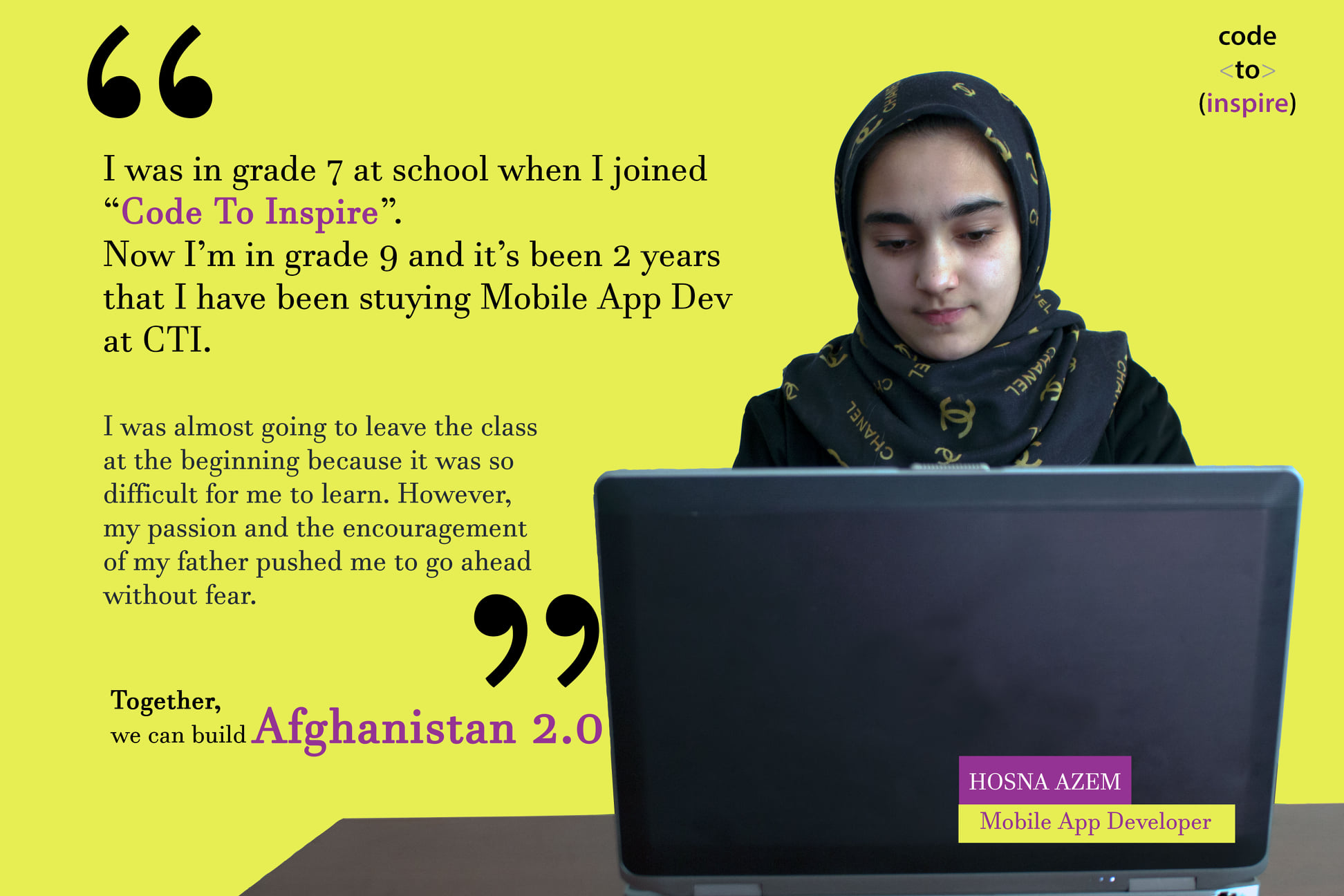 How CTI continues its mission since the return of the Taliban regime in August 2021.

After NATO’s departure in August 2021, CTI decided to temporarily cease operations in order to ascertain how best to provide a safe education for its students and staff. In October 2021, the CTI board and team on the ground in Herat decided to shift the entire coding and graphic design curriculum online in order to continue delivering this vital lifeline for many girls, since many girls could no longer attend classes due to security concerns on the ground.

After conducting an assessment of the new realities on the ground, CTI immediately pivoted to focusing on ensuring as much technical connectivity to staff and students, by distributing laptops to those in need. CTI also purchased monthly Internet subscriptions for students to begin their online classes.

In 2022, with the new Taliban government in place, CTI decided to renew a work permit because an in-person school promoting women and girls education in Afghanistan was too symbolic and too vital not to attempt. After many months of negotiation with the new government, CTI received its permit this past September, allowing CTI to reopen its school and safely restart in-person classes.

As a result, CTI immediately launched applications to receive two upcoming cohorts for Graphic design and FullStack Web development. About 300 applicants registered for graphic design and 180 for Full stack Web. After the entrance exam, CTI accepted 280 of those new applicants, who are now attending in-person classes daily.

During this critical moment for the girls and women of Afghanistan, who have been deprived of their basic fundamental human rights to access education, work, freedom of movement, CTI remains resilient in the fight to keep educating girls and provide greater access to the global economy for their lives and their family’s future. Your unwavering support is crucial to ensuring that girls and women of Afghanistan continue to have the opportunities that any young girl deserves.

OTHER WAYS TO DONATE: